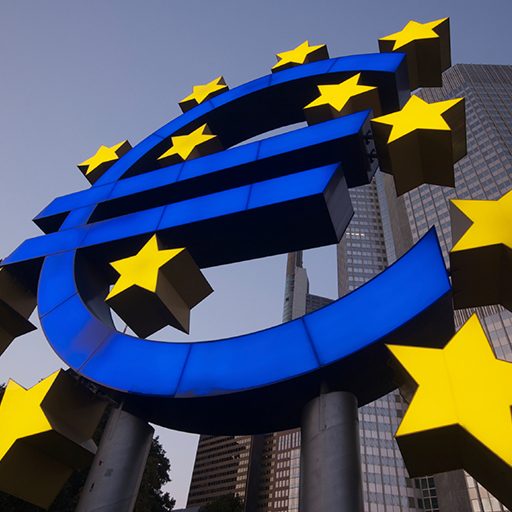 The European Union’s (EU) body for law enforcement, Europol, was created in 1999 and has its headquarter in the Netherlands, Den Haag. The agency’s role is to help EU member states in combatting the smuggling of migrants. In that task, the agency is one of the main actors in EU policy-making. In its recent special report on Europol (30.09.2021), the European Court of Auditors (ECA) examined the qualities of the agency. The analysis starts by making clear that Europol does not possess any executive powers, which means that its capabilities are limited to that of an advisor to affected states by collecting, examining and distributing relevant information on organised crime.

An important area of its work is human trafficking, which is not identical to migrant smuggling. The former can occur within one country exclusively and often involves that traffickers force their victims into exploitation. The latter’s definition requires the (illegal) crossing of the borders between at least two states. Here, smugglers tend to assist migrants (p.7). The two crime areas are a global problem and affected the EU primarily in 2015 and 2016. Since then “illegal arrivals to the EU have decreased by more than 90%” (ibid.). The EU’s overarching piece of legislation on migrant smuggling, the ’Facilitation Directive’ determines that each of the member states has to sanction the crime. However, each country uses its own definition of what constitutes smuggling (p.9).

The ECA’s report warns that the difficulties posed by the ongoing COVID-19 pandemic in addition to the unresolved economic problems in the migrant’s countries of origins (primarily Syria), can again result in an increase in illegal migration to the EU (p.8). A natural driver for this criminal business is its lucrativeness – groups involved in migrant smuggling also commit related crimes such as the aforementioned human trafficking as well as document fraud. In 2015, the estimates for profits made in this criminal sector in the EU range between €4.7 bn and €5.7 bn (ibid.).

The organisational make-up of Europol

The agency has been organised according to the prerogatives of the Council of the EU, the European Commission and the European Parliament (EP). Cooperating with Europol are other EU agencies such as Frontex, Eurojust, EMSA, eu-LISA, CEPOL as well as the EEAS and Common Security and Defence missions. Together with the EU institutions and other relevant entities, Europol cooperates under the ‘European multidisciplinary platform against criminal threats’ (EMPACT) on the initiative of the member states (ibid.). Additional to its ‘European Serious and Organised Crime Centre’, Europol created the ‘European Migrant Smuggling Centre’ (EMSC) as a result of high illegal immigration in 2016.

The EMSC functions as an extension of Europol competencies to support EU states in dismantling smuggling networks. The three main pillars of Europol are the ‘Europol Information System’ (EIS), the ‘Europol Analysis System’ (EAS) and the ‘Secure Information Exchange Network Application’ (SIENA) (p.11). The EIS is a database, which Europol both uses and updates. Similar to that is the EAS, which is however a collection of information provided to Europol by its partners and not by the agency itself. The SIENA constitutes a “secured electronic messaging system” used by Europol and its partners for mutual exchange and to feed the EIS and EAS with data (ibid.).

The agency’s qualities and limits

In its assessment of Europol, the ECA looked at several years of operation, from the EMSC’s establishment in 2016, until 2019 (including available data from 2020). In addition to this statistical data, the ECA conducted interviews with stakeholders and used a questionnaire sent to the 27 ‘Member State law enforcement authorities’ (MS LEAs) and their counterparts in 13 non-EU countries, which for the most part are located in Europe (p.13). The examination was in part limited by the ongoing COVID-19 pandemic and according to restrictions as well as the inaccessibility of some of the data due to its “sensitive nature” (ibid.).

The report found that Europol’s virtue is in acting as an “information exchange hub” (p.15). The fact that information exchange through SIENA has been continuously increasing over the years is good news. This development includes both the incoming messages to Europol as well as the outgoing ones. An increase in information exchange with non-Europol countries presents itself as a tendency worthy of appreciation (p.18).

Exploring Europol – the agency’s reaction to its own limitations (Part 2) | Recovery and Resilience Facility and Cohesion Policy: a different kettle of fish? | The work programme of the European Court of Auditors: adjusting audits and special reports to Covid-19 | The MFF 2021-2027: what role for the EP, what impact on citizens? | What role for the ECB? Bringing symmetry to asymmetrical risk in the EU |

Exploring Europol: the European Union Agency for Law Enforcement Cooperation (Part 1) | COVID-19: a Roadmap to recovery – what does it mean for the EU budget? | The EU’s response to COVID-19: adapting the Emergency Support Instrument (ESI) | The EU’s struggle to recover the proceeds of grand corruption | Questioning the effectiveness of the European Fisheries Fund (EFF) and European Regional Development Fund (ERDF) |